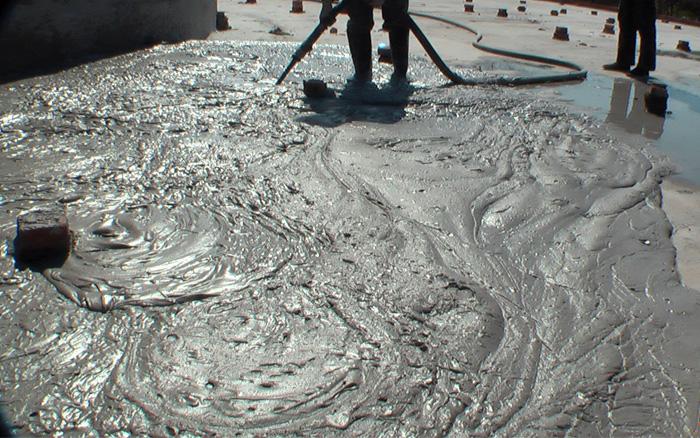 There are many reasons for cracks in concrete, mainly due to the change of temperature and humidity, brittleness and inhomogeneity of concrete, unreasonable structure, unqualified raw materials, such as alkali aggregate reaction, template deformation and uneven foundation settlement. During the hardening of concrete, the cement releases a large amount of hydration heat, and the internal temperature rises continuously, causing tensile stress on the surface. In the process of cooling, due to the constraints on the foundation or the old coagulation, the tensile stress will appear in the concrete. The decrease of temperature can also cause large tensile stress on the surface of concrete. When these tensile stresses exceed the crack resistance of the concrete, there will be cracks.

The internal humidity of concrete changes very little or slowly, but the surface humidity may change greatly or change sharply. The shrinkage deformation of the surface is constrained by internal concrete, which often leads to cracks, such as poor maintenance and wet drying.

1. early: Self pouring concrete from the beginning to the cement heat release end, is generally about 30 days. The two characteristics of this stage are that the cement releases a lot of hydration heat, and the concrete modulus of elasticity sharp change on the coagulation. Due to the change of the modulus of elasticity, the residual stress is formed in the concrete at this time.

2. medium: the role of basic self heat cement concrete until the end of cooling to the temperature stability, during this period, the temperature stress is mainly due to the cooling of the concrete and the outside temperature changes caused by the stress and the early formation of residual stress superposition, during concrete elastic modulus change little.

3. late stage: the period of operation after the concrete was completely cooled. The temperature stress is mainly caused by the change of external temperature, and these stresses overlap with the first two kinds of residual stresses. The causes can be divided into two types according to the temperature stress.

(2) constraint stress: the whole or part of the boundary of a structure is constrained by the outside, and the stress that can not be caused by the free deformation. Such as box girder top concrete and guardrail concrete. These two kinds of thermal stresses are often combined with the stress caused by the shrinkage of the concrete.