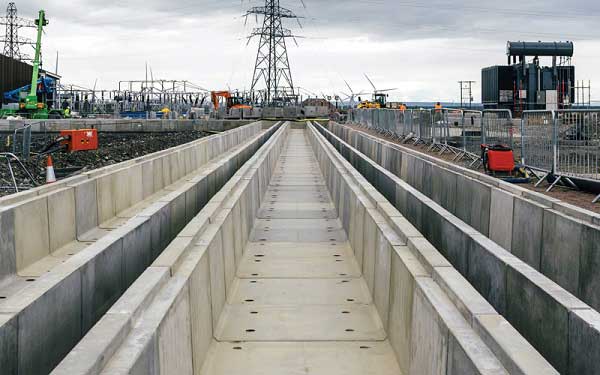 In the concrete mixing compound, in order to obtain liquidity requirements for the construction, often need to add some water (more than cement hydration water required to add water), these not only make the cement slurry is thinning, cementation weakened, and the excess residual moisture or water blisters formed in concrete, with concrete harden after evaporation leaving pores.

Therefore, the incorporation of silica fume improves the bond strength of cement paste and aggregate in HPC, eliminates the “weak connection” problem of different composite components in concrete, and makes HPC have the properties of composite materials. The particles of bone particles play an enhanced role in HPC, not just an inert filler. The influence of silica fume on the strength of cement paste (no aggregate) is not great, but it can make the strength of concrete with the same water binder ratio higher than that of its matrix (paste).

In the hydration of Portland cement, hydration of cement hydration calcium silicate gel formation (C-S-H), calcium hydroxide (Ca (OH) 2) and Ettringite hydration products. Ca (OH) 2 has a negative impact on the strength. The highly dispersed SiO2 components in silica fume can react with Ca (OH) 2 to produce C-S-H gels, that is, the so-called volcanic ash effect.

That is to say, the pozzolanic effect of silica fume can transform Ca (OH) 2 that unfavorable to strength into C-S-H gel, and fill it between cement hydration products, effectively promoting the HPC strength growth. At the same time, the reaction of silica fume to Ca (OH) 2 and Ca (OH) 2 are constantly consumed, which will speed up the hydration rate of cement and increase the early strength of HPC.

The Ca/Si ratio is low, and the corresponding C-S-H gel will combine with many other ions, such as aluminum and alkali metal ions.

The pH value of the pore solution is reduced by increasing the ratio of silica fume to cement.

This is due to the consumption of alkali metal ions and Ca (OH) 2 in reaction with silica fume.

For HPC containing alkali activated aggregate, silica fume plays a very important role in reducing the concentration of pore alkali metal ions (Ka+ and Na+), because it can effectively weaken or even eliminate the harm of alkali silica reaction (ASR).
Silica fume can also improve the resistivity of HPC and greatly reduce the permeation rate of Cl, prevent corrosion of reinforcement, improve the strength and durability of HPC.