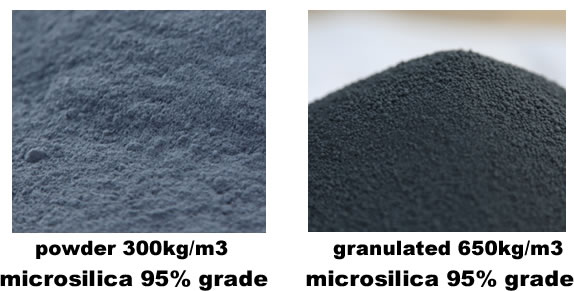 Micro silica is an amorphous type of silica dust mostly collected in bag house filters as by-product of the silicon and ferro-silicon production. The paper summarizes important physical and chemical properties of micro silica and uses those results for an evaluation of micro silica from a Health Safety and Environment (HSE) standpoint. Micro silica consists of spherical particles with an average particle size of 150 nm and a specific surface area of typically 20 m3/g. The chemical and physical properties of this inorganic product are different as compared to other amorphous and crystalline silica poly morphs. More than 500.000 MT of micro silica are sold to the building industry world-wide and are used in fibre cement, concrete, oil-well drilling, refractories, and even in polymers.

Micro silica is a mineral admixture composes of very fine solid glassy spheres of silicon dioxide (SiO2). Most micro silica particles are less than 1 micron (0.00004 inch) in diameter, generally 50 to 100 times finer than average cement or fly ash particles. Frequently called condensed silica fume, micro silica is a by product of the industrial manufacture of ferrosilicon and metallic silicon in high-temperature electric arc furnaces. The ferrosilicon or silicon product is drawn off as a liquid from the bottom of the furnace. Vapor rising from the 2000-degree-C furnace bed is oxidized, and as it cools condenses into particles which are trapped in huge cloth bags. Processing the condensed fume to remove impurities and control particle size yields micro silica. Micro silica, also known as Silica fume is fine amorphous silica. Added to concrete at around 30kg/m3 it changes the rheology and reacts with the cement hydration products to dramatically improve concrete strengths, durability and impermeability, allowing concrete to be used in ways never before possible.

For the preliminary investigations, micro silica and cement was subjected to physical and chemical analyses to determine whether they are in compliance with the standard used. The experimental program was designed to investigate silica fume as partial cement replacement in concrete. The replacement levels of cement by silica fume are selected as 5%, 10%, 15%, 20%, and 25% for standard size of cubes for the M30 grade of concrete. The specimens of standard cubes (150 x 150 x 150 mm), was casted with silica fume. Compressive machine was used to test all the specimens. The specimens were casted with M30 grade concrete with different replacement levels of cement from 0 to 25% with silica fume. Seventy two samples was casted and the cubes were put in curing tank for 3, 7, 14, and 28 days and density of the cube, and compressive strength were determined and recorded down accordingly. The other materials used are listed as follow:

1. Cement
Ordinary Portland cement produced by QNCC was used in this study. The cement conformed to the requirements of BS 12 (1996).

2. Aggregates
There are the inert filler in the concrete mixture which constitute between 70 – 75% by volume of the whole mixture. The sand used was collected within Ibadan metropolis, Nigeria. It was clean and free from organic material and clay. The coarse aggregate used were mainly material retained on a 4.7mm BS 410 test sieve and contained only so much fine materials as was permitted for various sizes in the specification.

3. Water
The water used for the study was free of acids, organic matter, suspended solids, alkalis and impurities which when present may have adverse effect on the strength of concrete. 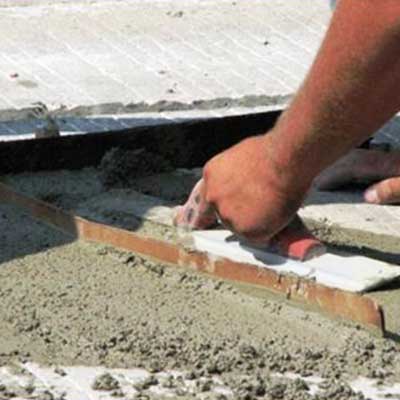 1. Handling the micro silica
Because of its extreme fineness, micro silica presents handling problems. A cement tanker that could ordinarily haul 35 metric tons of cement accommodates only 7 to 9 tons of dry micro silica and requires 20 to 50 percent more time for discharging. Some producers mix micro silica with water on a pound-for-pound basis ton form a slurry that is transportable in tank trailers designed to handle liquids. The water of the slurry replaces part of that ordinarily added to the mix. One supplier prepares a slurry which, used at the rate of 1 gallon per 100 pounds of cement, will provide aboutn5 percent micro silica by weight of cement. In 1984, that supplier was quoting a price of $1.70 per gallon at a plant in West Virginia. In Canada, patented methods have been used to densify the micro silica for shipment to ready mix producers. Some concrete producers also use the loose micro silica just as it is collected.

3. Placing and finishing, curing
The gel that forms during the first minutes of mixing micro silica concrete takes up water and stiffens the mixture, necessitating adjustment of the timing of charging and placing. Scandinavian researchers have concluded that micro silica concretes often require 1 to 2 inches more slump than conventional concrete for equal workability. When cement content and micro silica dosage are relatively high, the mixture is so cohesive that there is virtually no segregation of aggregates and little bleeding. This may cause problems for floors or slabs cast in hot, windy weather because there is no water film at the surface to compensate for evaporation .Plastic shrinkage cracking can readily develop unless precautions are taken. It is important to finish the concrete promptly and apply a curing compound or cover immediately. With lean concrete mixes or mixes containing fly ash replacement of cement, different effects have been reported. For example, Reference 4 re ports that mixes with less than 380 pounds of cement per cubic yard plus 10 percent micro silica are both more cohesive and more plastic so no extra water is needed to maintain slump.

Mix Proportioning
Mix Proportioning by weight was used and the cement/ dried total aggregates ratio was 1: 2: 4. Micro silica were used to replace OPC at dosage levels of 5%,10%, 15%, 20% and 25% by weight of the binder.

3. The maximum replacement level of silica fume is 10% for M30 grade of concrete.

4. The use of micro silica in high strength concrete leads to economical and faster construction.

5.Due to use of the micro silica in a OPC concrete the life of that concrete is increase 4-5 times than the OPC concrete.